Payap University is a non-profit private higher education institution that offers degree programs in the Thai language and English-based language International degree programs, and is located in the east side of the beautiful city of Chiang Mai, Thailand

Founded in 1974, Payap University received accreditation on 21 March 1974, and became the first private college in Thailand outside of greater Bangkok

PYU has institutional accreditation from the Thailand Ministry of Education and in January 2015 Payap University obtained official recognition from the United States government, through its Department of Education (DOE)

Institutional accreditation and recognition at Payap University International College for undergraduate and postgraduate degree programs are given by both the Thailand Ministry of Education and the United States government Department of Education (DOE). 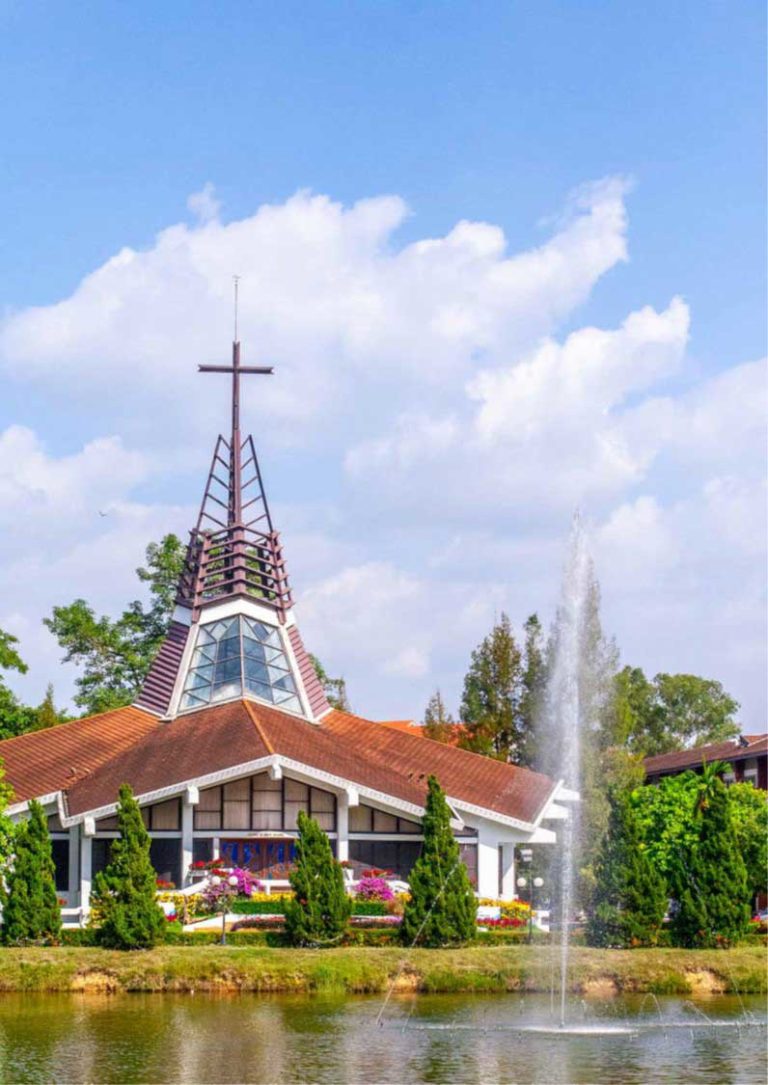 Payap University strives to adhere to its motto “Truth and Service” by instilling academic and moral excellence in its students, to create understanding through the living truth and an attitude of service to all.

They are expected to develop the capacity for excellence, along with a strong sense of social responsibility towards others and society in general. 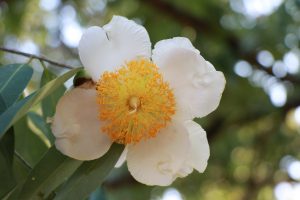 Boonnak (Ceylon Iron Wood) is among the most beautiful trees in the world.

Located east of the city, on the “middle” ring road

Mae Khao is the larger campus and includes the Luce Chapel, Center for Arts and Culture, the Research and Development Institute, and the University Central Library

Located on the Kaeonawarat Road across from McCormick Hospital.

Includes the McGilvary College of Divinity, the McCormick Faculty of Nursing, and the College of Music. 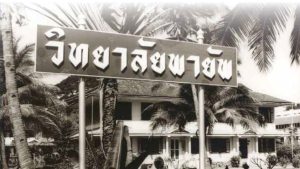 Payap University has a long and rich history beginning in 1888 with the founding of the Thailand Theological Seminary.

That seminary has now been integrated into Payap University as the McGilvary College of Divinity, one of eleven academic divisions comprising the university.

Initially, seminary students were accepted after completing elementary school. High school graduation gradually became the pre-requisite for a seven-year bachelor of divinity (BD) course that was formally initiated in 1960.

The second predecessor of Payap University was the McCormick Hospital School of Nursing, established in 1923. After first accepting students with minimal educational qualifications, in 1961 the School of Nursing made high school graduation a per-requisite for entrance.

Degrees awarded by these institutions, however, were not recognized as college degrees by the Royal Thai Government.

Payap also continues to offer classes on the Kaew Nawarat site where the College of Divinity, the faculty of nursing, the music department, the Christian Communications Institute, and the university archives are located.

Payap’s achievements were recognized by the Royal Thai Government in 1984 when it became the first fully accredited private university in Thailand.

Since then the university has continued to progress, expanding facilities to accommodate the steady growth in the student body, investing in the continuing education and training of the faculty through university support of graduate education in the US and in other countries, and adding a wide range of international programs to attract students from across Southeast Asia and from other areas of the world.

In Chiang Mai the International College at Payap opened in 2003 when it started its Bachelor’s Degree program. It now boasts a full range of undergraduate, graduate and certificate programs.

These programs have been approved by the Department of Veterans Affairs (VA) of the United States of America to offer degree programs to eligible American veterans. American veterans can use their Post 9/11 GI Bill Benefits to study abroad in Thailand.

Throughout its history Payap University has pioneered the teaching of new fields at the university level in northern Thailand, such as music, business-related fields, law, and Peacebuilding (PhD).

Payap continues to build on the distinctive characteristics of its American educational heritage. In recent years the university has initiated an International MBA program (taught in English, drawing on established American business school models) and has established a new International College: the first English-language undergraduate program in Northern Thailand.

The university launched the new Faculty of Pharmacy in 2006, a highly popular program taught in Thai, but modeled after American Pharmaceutical education. Payap received financial assistance from the US government’s USAID/ASHA program to procure vital laboratory equipment for the Pharmacy program.

Further improvements to the infrastructure for teaching and learning have been made, including renovation of the campus to enhance accessibility to the disabled, and a major IT upgrade project. Both of these projects were partially funded by grants from USAID/ASHA. The university is also working to increase the number of Payap students who participate in exchange programs with US academic institutions.